The history: Jack and Jessica met in 1987, and their daughter, Lee, was born a couple of years later. In 1994, the family purchased a four-bed, two-bath in Seaton Village for $250,000. Over the years, they did some renovations, including a $20,000 backyard landscaping project, which involved tearing down the existing garage.

In 2007, at the age of 17, Lee left home to study in Israel, then got a bachelor’s degree in contemporary dance at Concordia University in Montreal. After Lee moved back to Toronto in 2014, she lived in more than five different places across the GTA, everywhere from an apartment above a fish market in Kensington Market to a friend’s cabin just outside of Brampton. But nothing really stuck.

Then, in mid-2019, Lee heard about the city legalizing laneway suites. Having taken a weekend workshop about building a tiny home just a few years prior, she got excited about the potential for erecting a secondary residence behind her family home. After learning more about the building regulations, Lee approached her parents with a plan. They would take out a mortgage for the laneway suite. Lee would live back there and cover the mortgage in the form of rent payments. It would give Lee a stable place to live while simultaneously improving the value of her family’s property.

Jack and Jessica were skeptical at first. They were unsure about taking on such a big project at this stage in their lives, but they also saw how much Lee had struggled with finding good, affordable housing. So they agreed to meet with a builder. Lee did some research online and found Tony Cunha from the laneway housing design firm Lanescape, who conducted a free property assessment. Since they had a 25-foot-wide lot, Tony said there would be enough space for a laneway suite.

So Lee and Tony started designing. Together, they drew up plans for a two-storey, 1,000-square-foot building. On the ground floor, it would have a one-car garage, a multi-purpose room and a powder room. Upstairs, there would be a kitchen, three-piece bathroom and a master bedroom. The estimated cost, not including upgrades, finishes and appliances: $225,000.

The build: Construction started in late 2019 with expected completion in the summer of 2020. The project went much more smoothly than expected. Even when Covid hit, they were able to continue construction since the builders had pre-ordered most of the materials, so there were no supply or shipping delays. Construction did slow down slightly during Covid, since they reduced the number of workers who could be on-site.

Along the way, Lee and her parents opted for a few upgrades, including larger windows and additional transom windows; rockwool insulation, which is more efficient and sustainable than fibreglass; specialty wood trim on the staircase and window sills; a glass enclosure and custom tile work in the shower; and upgraded stone and Maibec wood siding. Those features pushed the total cost to $350,000. 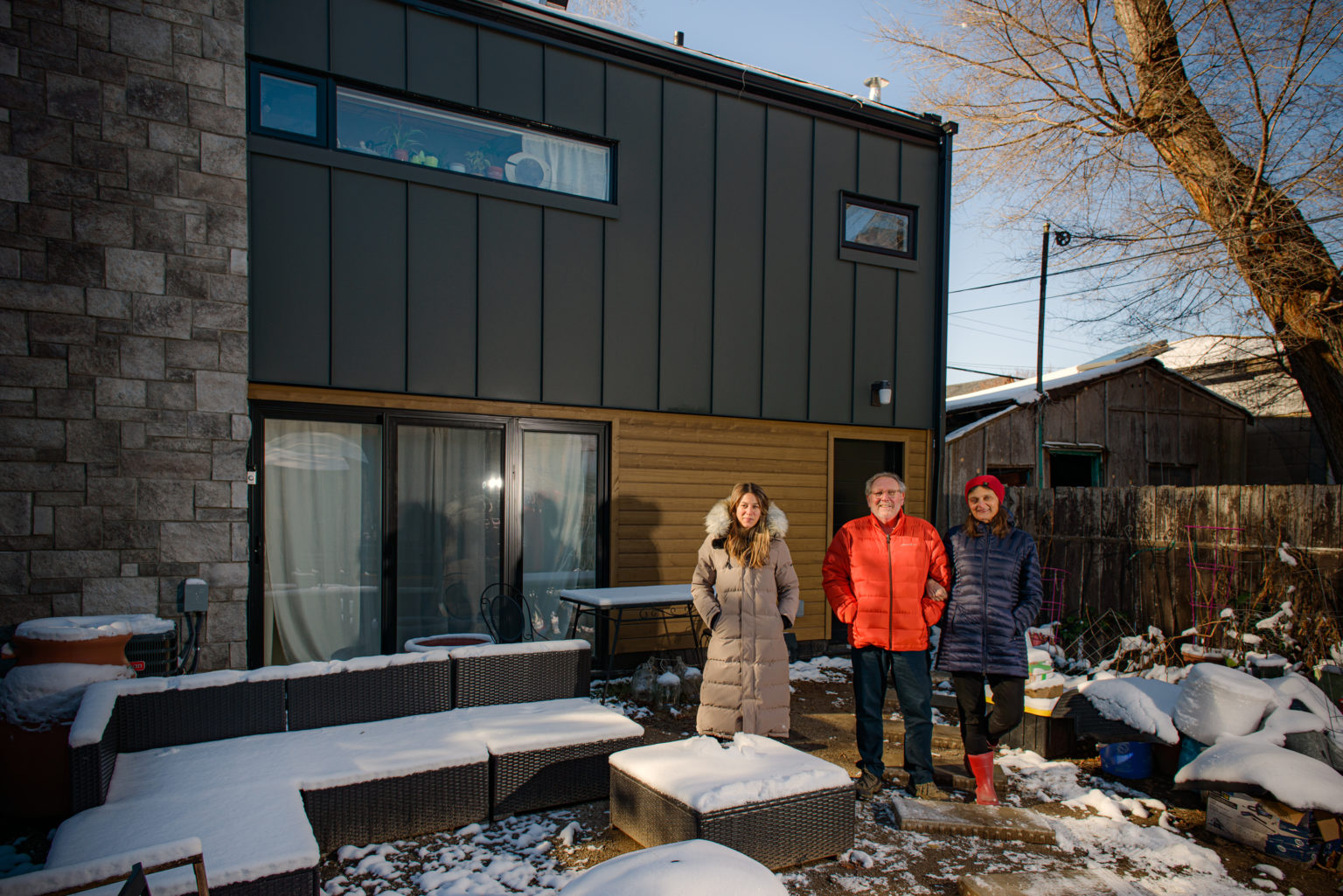 During the pandemic, Jack and Jessica isolated at their cabin in Brampton, while Lee moved back to their house. One day, late in the summer, Lee noticed construction on the laneway suite was nearly complete. There were no workers inside, so she hauled her yoga mat across the backyard to do some yoga in the suite. During her session, Lee’s father called to let her know that the builders had just given them the okay to move in.

The outcome: Lee spent the next two days excitedly moving small items between the houses. When her parents came back to the city, they helped her move larger items. Lee got some second-hand furniture—including a couch, bed and mattress—from a neighbour for free. In August, Lee finally moved in. 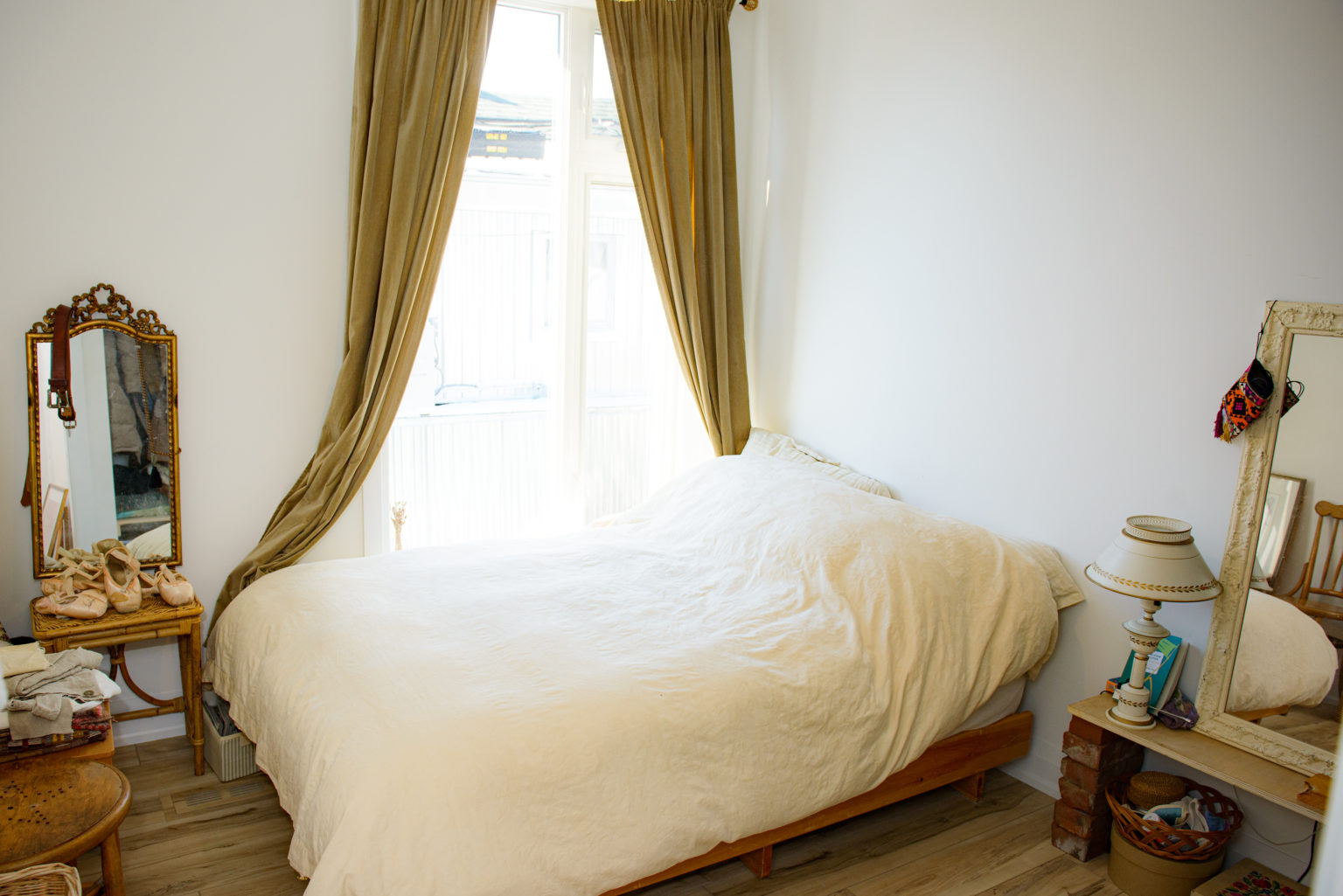 With a built-in open wardrobe: 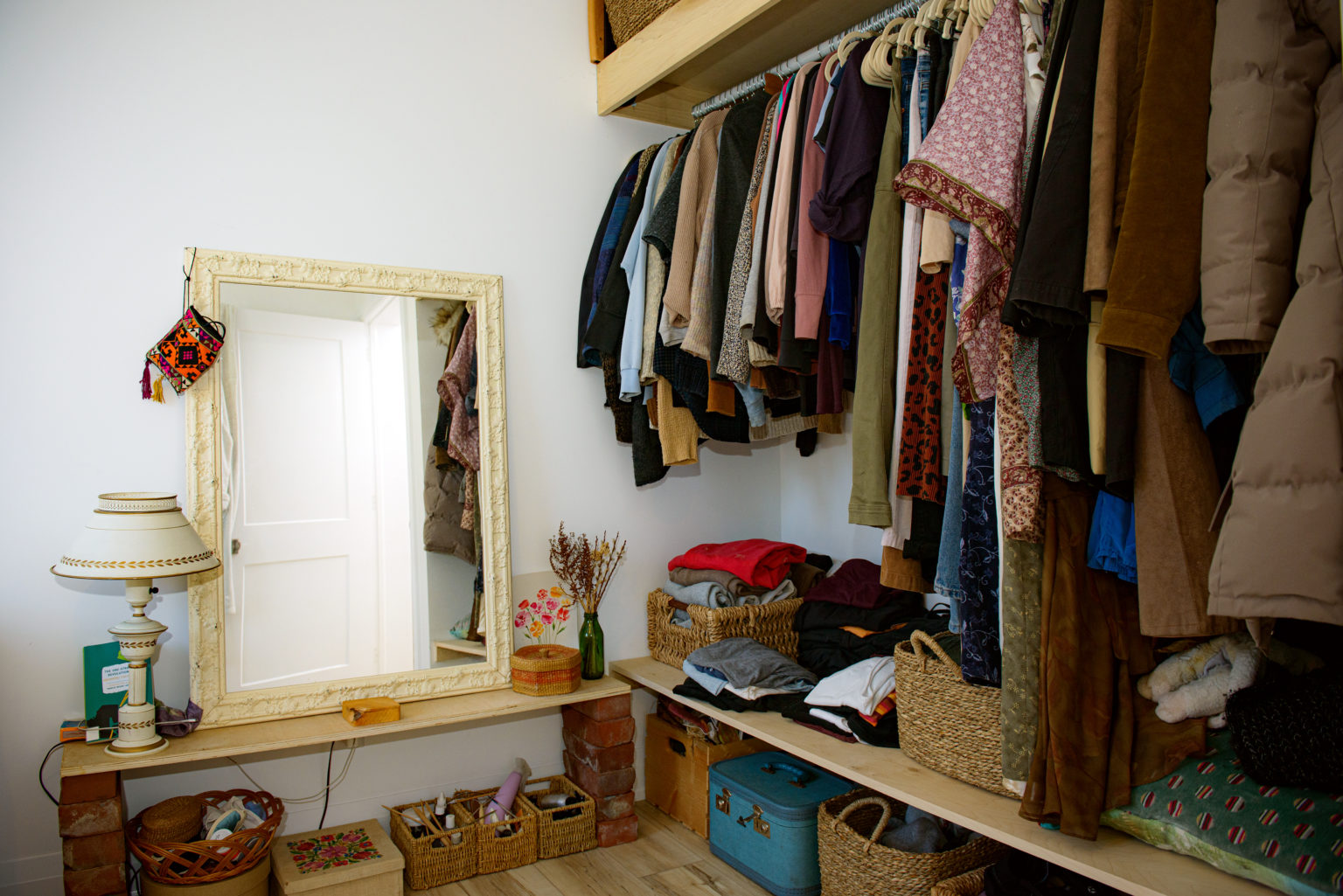 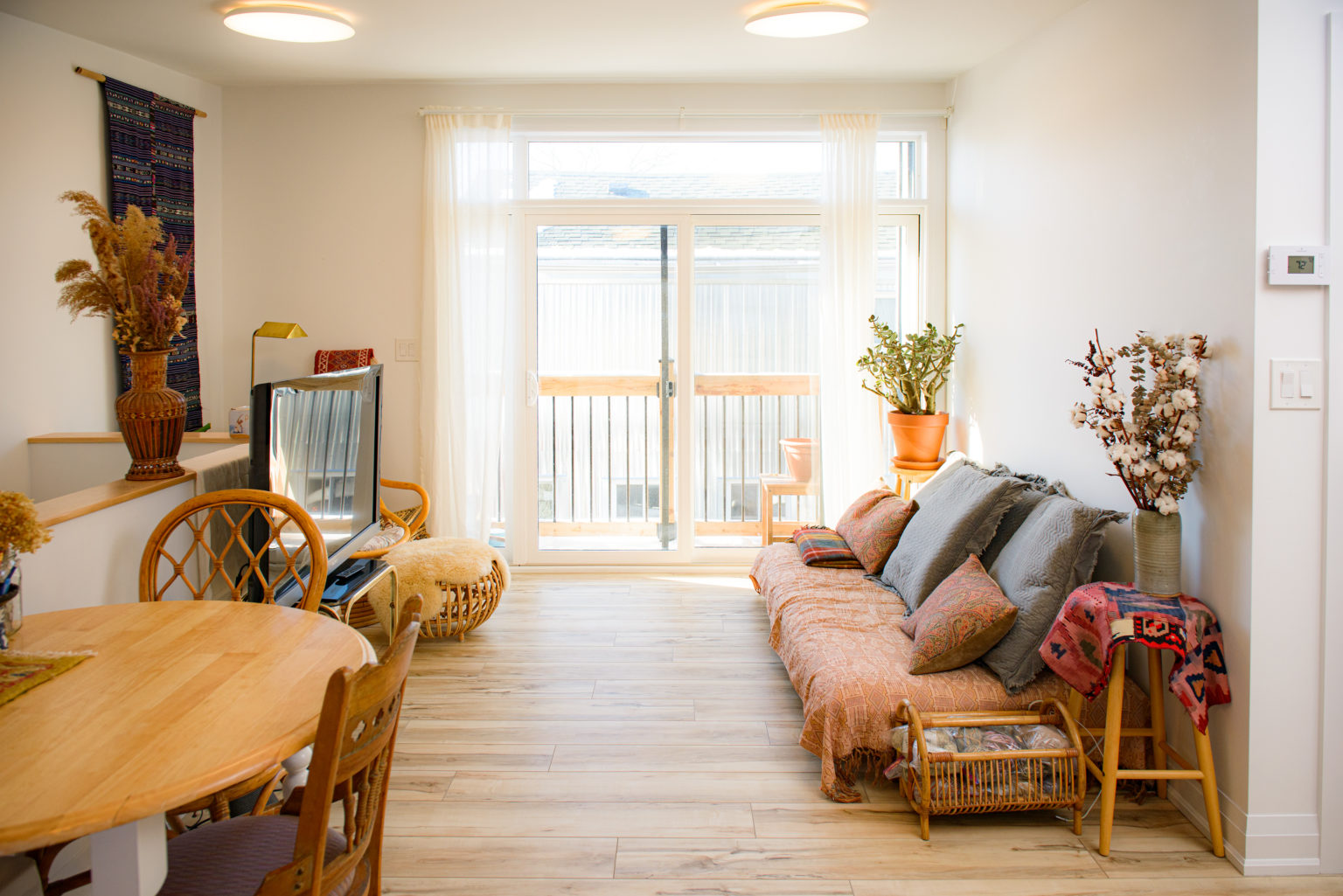 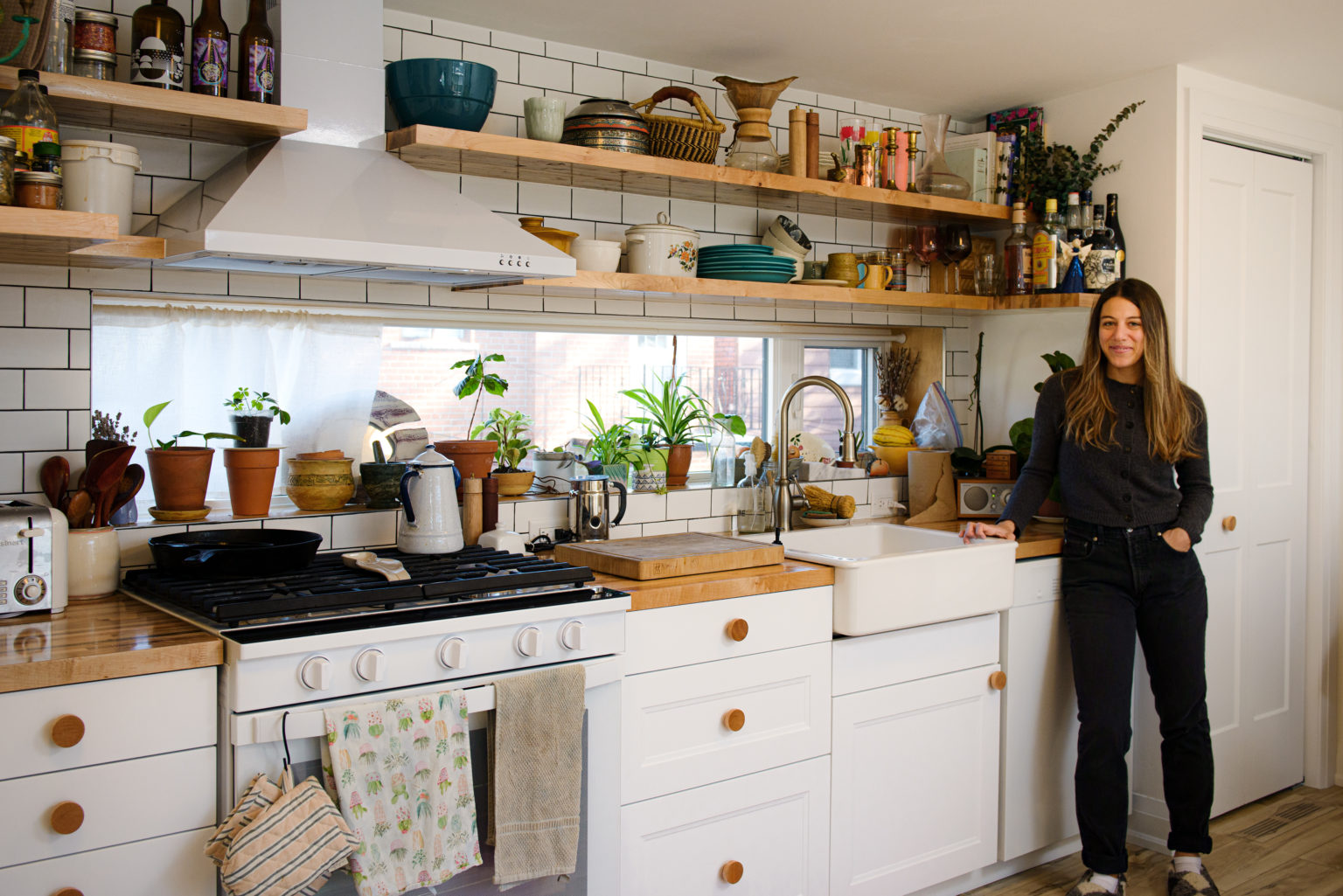 To subsidize her living costs, Lee rented out the lower-level bedroom to a close friend. 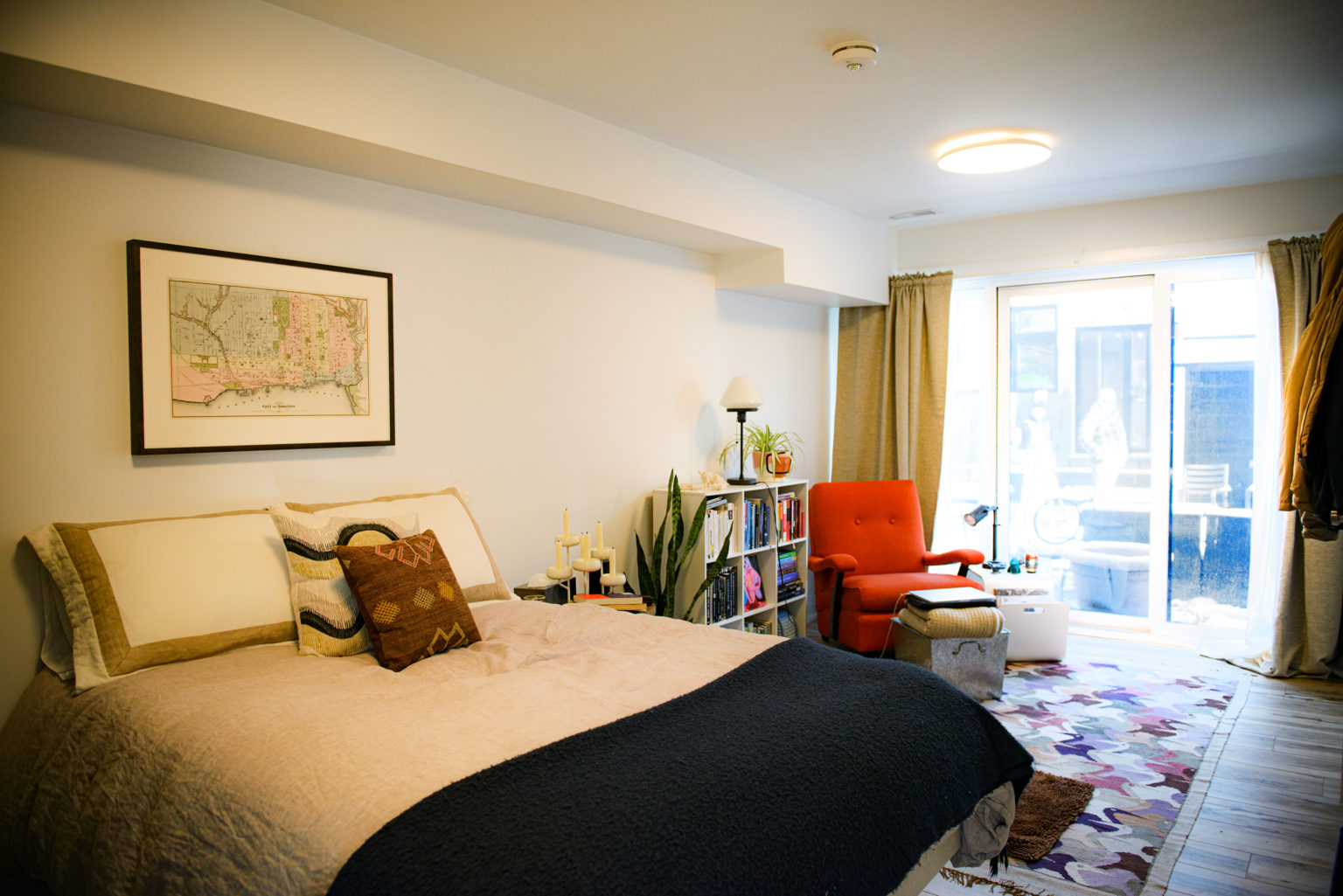 Initially, Lee worried that having her parents nearby would be a major privacy problem. But she says they’ve been respectful of her space. They all plan to spend more time with each other in the backyard once the pandemic ends. In the meantime, they still get to see each other through Lee’s kitchen window.

After bouncing around several apartments across the GTA for the past half-decade, Lee finds it comforting to look out across the backyard and see her parents right there, making coffee or having dinner. 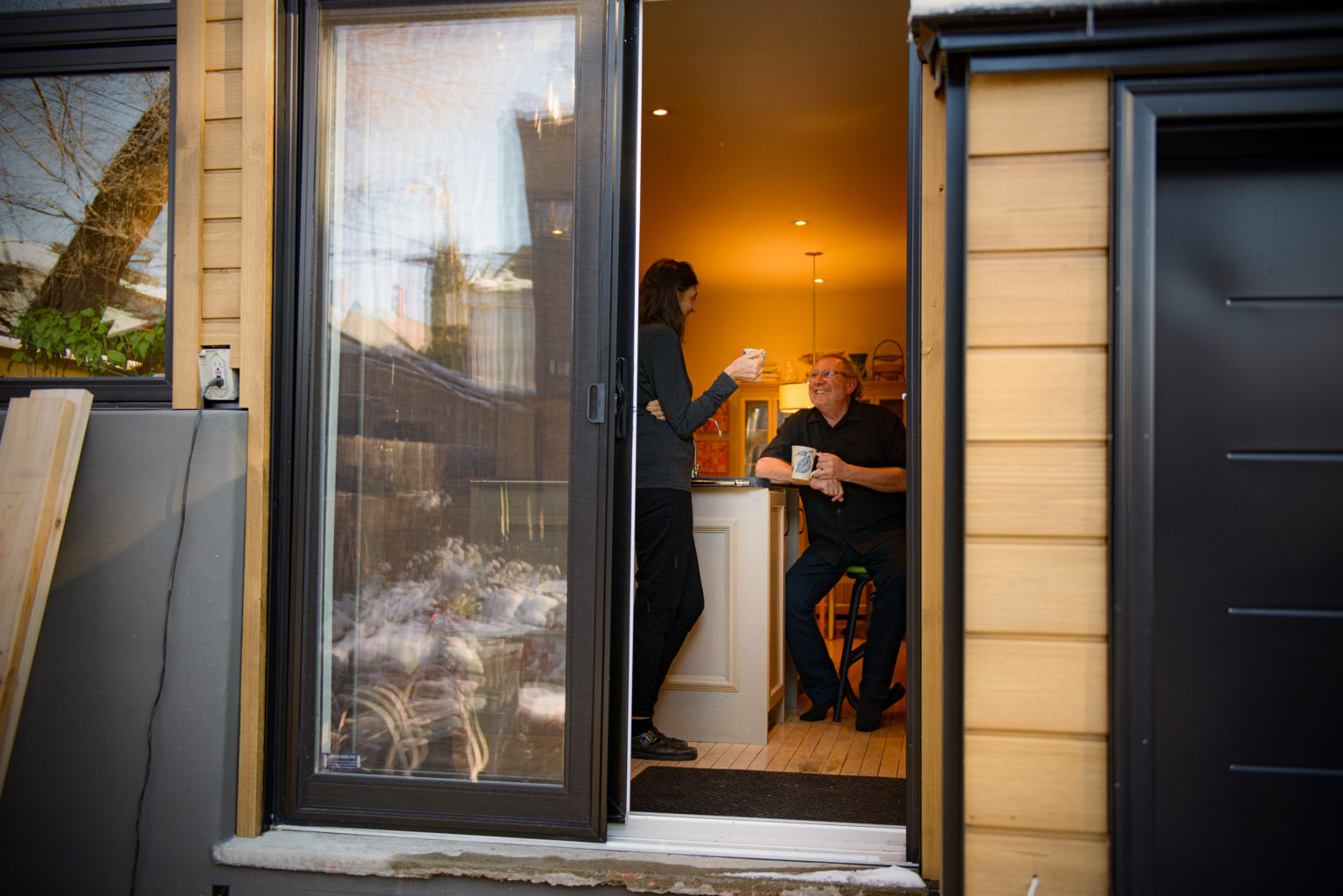